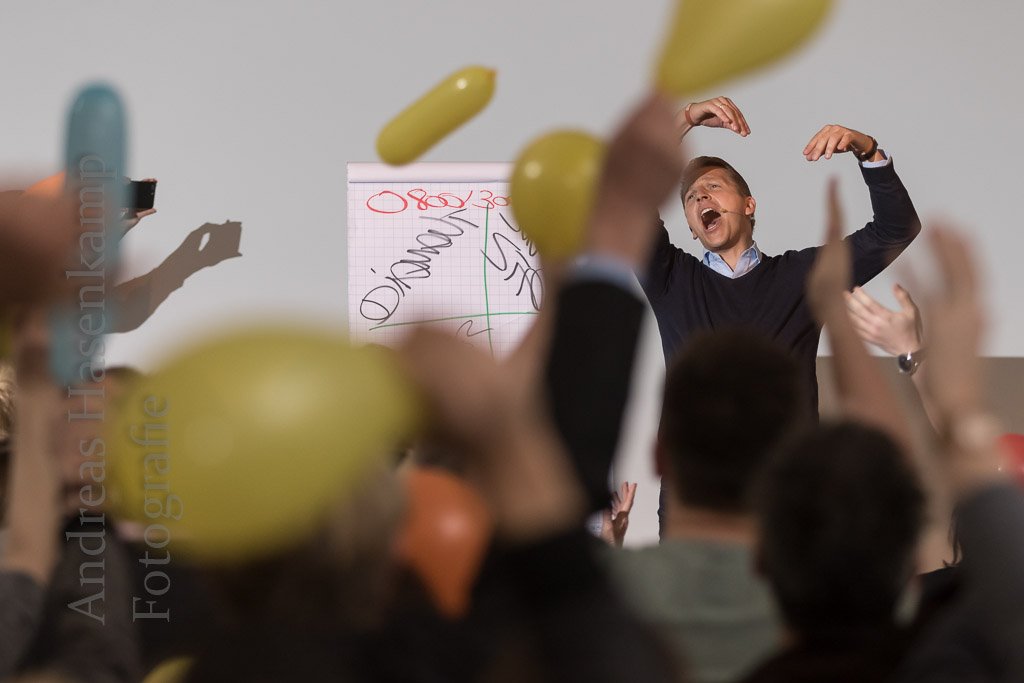 Münster. Tobias Beck promises to tell just one more story after 24 minutes. This is better not to be believed in the „Resident Free“ program of the world traveler born in Wuppertal in terms of life experience and personality development. In Münster’s „Cloud“ he quickly captivated the 300 guests with his stories: The development of his first sales force as a three-year-old in kindergarten, educators who wrote to him the hopeless of his future, a teacher who tore up the certificate:“I see something in you.“
Brakes pack for decades, that’s not a problem. But is reality in Germany, says Beck, rather than those who are volunteers for the lecture of the series „WN Knowledge Impulses“ this Monday. Beck talks about tired employees, their drastic reactions to the motivator appointed by the boss. „You don’t know what you’re doing“ – packaging brakes or working for Porsche?
More stories: The negatives of „residents“ – the dejectors, the immovable. Those who start the race of diseases at the birthday party. You have to avoid them. The human being adapts to the behaviour of the people around him, says the psychologist. „Who do we spend a lot of time with?“ Ants „are another type of person; then come“ diamonds „- but who wouldn’t want to be a“ superstar „? Like a teacher?
Another story, another hour has passed. With a lot of laughter. People change for themselves and not for you,“ says Berg,“ and whoever expects something from the universe must ask himself, what does he give in shine, so as „diamond“?
Then it’s off to the party simulation: first celebrate briefly like „residents“, then like „ants“… and up to the superstars – the whole hall is standing, no: jumping, balloons and arms are flying, someone in front left has connected a dozen balloons artistically. An advertising block is yet to come, also for Beck’s „Masterclass“, a really big hall with shiny „diamonds“.
The flipchart still contains the number of the telephone counselling service for „residents“; a group of three couples takes time to take a photo, settles down behind the balloons, radiates. 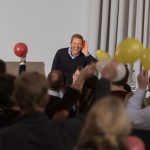 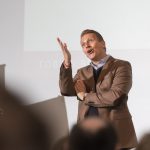 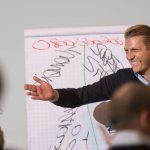 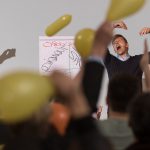